“Espirit de Corps” is a french term to describe military morale. It’s french pronunciation is ​[ɛspʀi də kɔʀ] it is used by the troops to maintain a belief in the cause and the institution; in the face of difficulty and hardship. To be in the military is like being in a brotherhood, united by a sacred cause. Soldiers treat each other like family, and sometimes the bonds shared run even deeper than blood. The job is demanding, it requires men and women to leave their loved ones behind to serve the state. In the face of such sacrifices, individuals affiliated with the military are also subject to unique – often horrifying – experiences. Naturally, to be engulfed in a world filled with war and tears must have a spiritual trade off – the most influential one being an exclusive sense of pride, such that resilience and perseverance are paid off with honor, and respect.

Like any club, being in the military offers tremendous exclusivity which is often made clear through military uniforms, accolades, badges, and special gear. Veterans love to flaunt their membership with several forms of insignia. One of the latter includes morale patches which are ornate military badges showcasing specific logos, images, motto, and/or expressions. However, morale patches aren’t like any other ordinary patches. While they are designed the same way – in that, the colors and the formats are alike – they possess monumental value accorded to them on account of their value throughout history. Morale patches are used as a means of identification and association with a military division or unit. They are specially created and worn to represent loyalty shared among a group of members.

Typically, these patches aren’t officiated through a higher order, and need not be worn on uniforms. However, because of the tribute they pay to the honorable service, many soldiers choose to voluntarily adorn them either to share a story or to pay tribute to their colleagues. Consequently, tracing the patches back to their original roots can be an interesting journey and you’ll be surprised to discover all the fun facts related to their inception.

Initially, morale patches came from the British. Reports suggest that these go as far back as the beginning of the 20th century, perhaps even before World War I. The British army would wear morale patches – originally referred to as ‘battle patches’ – to establish an association with allies and a lack thereof with enemies. On the surface, identification was the basic reason but when you dig deeper, it is evident that this had more to do with symbolism than anything else. As the name suggests, whoever coined the idea did so to boost morale among comrades. Morale patches are seen as visual testimonies of those wearing them. They signified shared sentiments among a lot that had devoted their entire life to noble endeavors. On the other hand, morale patches also told stories, sometimes even inside jokes and each brought the members closer together in spirit.

Naturally, in the beginning, not every troop adopted the idea. In fact, it only gained enough traction when the Americans became involved. Impressed by the practice, many US units indulged their specialization of morale patches. The first-ever morale patch – at least the one recorded in history books – belongs to the 81st Infantry Division aka Wildcat. This was during the First World War when emotions ran high due to the implications of combat and members wanted to assign meaning to their efforts. Their desire to be known as a part of something bigger than themselves sanctioned the use of customized patches. Due to lack of variety, and less modern alternates, Wild Cats’ morale patches were embroidered. But that doesn’t mean people didn’t notice. If anything, people with a morale patch back in the day received a lot of eyes and appreciation. It was symbolic, akin to a medal of honor. Only, the former could be easily sported unlike the latter.

Soon after the Wild Cats’ enthusiastic participation, John J. Pershing, a senior United States Army officer ordained every unit to design its unique patch. Had it not been for the official’s order, morale patches might have become lost in history.

How The Name Was Coined

While the British coined the name ‘battle patches’, ‘morale patches’ is derived separately. As surprising as it sounds, the label was birthed when America went to war against Vietnam. Among all the bloodshed and lives lost, soldiers had little entertainment to go by. Everything was reliant upon military friendships, the value of the times shared, and the uniqueness of it all. Like all relationships, soldiers would often take jabs at each other, joke around and throw around enough sarcastic remarks to trademark. Somewhere in all this, the emblems created started featuring commonly-uttered slang/humor within a unit. They were an ode to the hours spent without fighting – the hours that kept everyone sane. These representations, then, came to be known as morale patches because they reminded the military personnel of the worthiness of their purpose as well as the spirit of their bonds.

The Popularity of Patch Trading

Throughout the years, morale patches have been perceived as an expression of personality. Verily, they have transcended beyond the mere status of memorabilia to become part of a trading system that is active to this day. Essentially, even after people retired from the military, they closely held on to their patches. There is no doubt that this was primarily because of emotional appeal but somewhere down the line, veterans began customizing to add individualistic flair. By doing this, not only did the patches represent membership within a unit or department, but a personal anecdote, or story. Naturally, it did not take much time before morale patches were being collected by soldiers and civilians alike. Some of the rarest ones, particularly those with a sarcastic phrase or eye-catching logo, are traded for more money than others. Many people are eager to get their hands on favorites and some die-hard collectors even pass their prized possessions down generations. This practice has allowed old patches to stay preserved and return to circulation every few years or decades.

Moreover, patch trading is significantly responsible for accelerating the usage of moral patches beyond the army. In that, many law enforcement agencies have also joined the game. If anything, these patches are a great way to bridge the gap between military and regular citizens. Because the message they send is wholly informal, the person wearing them does not automatically strike one as intimidating.

Velcro was first introduced to the general public in 1941 and the company quickly took flight. In 2020, it is used as a fastener across a plethora of items including shoes, bandages, wall hangings, apparel, and more. Its role relevant to badges – morale patches in particular – is just as, if not more, significant. Before the invention, soldiers would have to stitch the patches on or use rather dangerous methods involving pins. It is no secret that neither option was ideal, stitching was time-consuming and required the person to create holes in their clothing or gear. Similarly, pins were a safety hazard unworthy of yielding appropriate sticking results. With a Velcro backing, however, patches could be attached and removed at ease.

Morale Patches in The Modern Age

Because patches have so much history and most coveted varieties are passed down generations, the majority is still embroidered. However, the trend is gradually shifting to PVC. The latter is an extremely popular choice for regular patches due to its promising benefits and the patch industry is fully aware of this fact. Verily, future collectors and recent military personnel – in addition to those belonging to other organizations – are undeniably expanding the market for PVC morale patches.

If you are looking to create morale patches for your your unit or squadron contact us on 541-248-8831, email us at sales@ultrapatches.com or fill out the quote form available throughout our website, and one of our sales representative will be in touch to discuss your requirements and quote you a price. 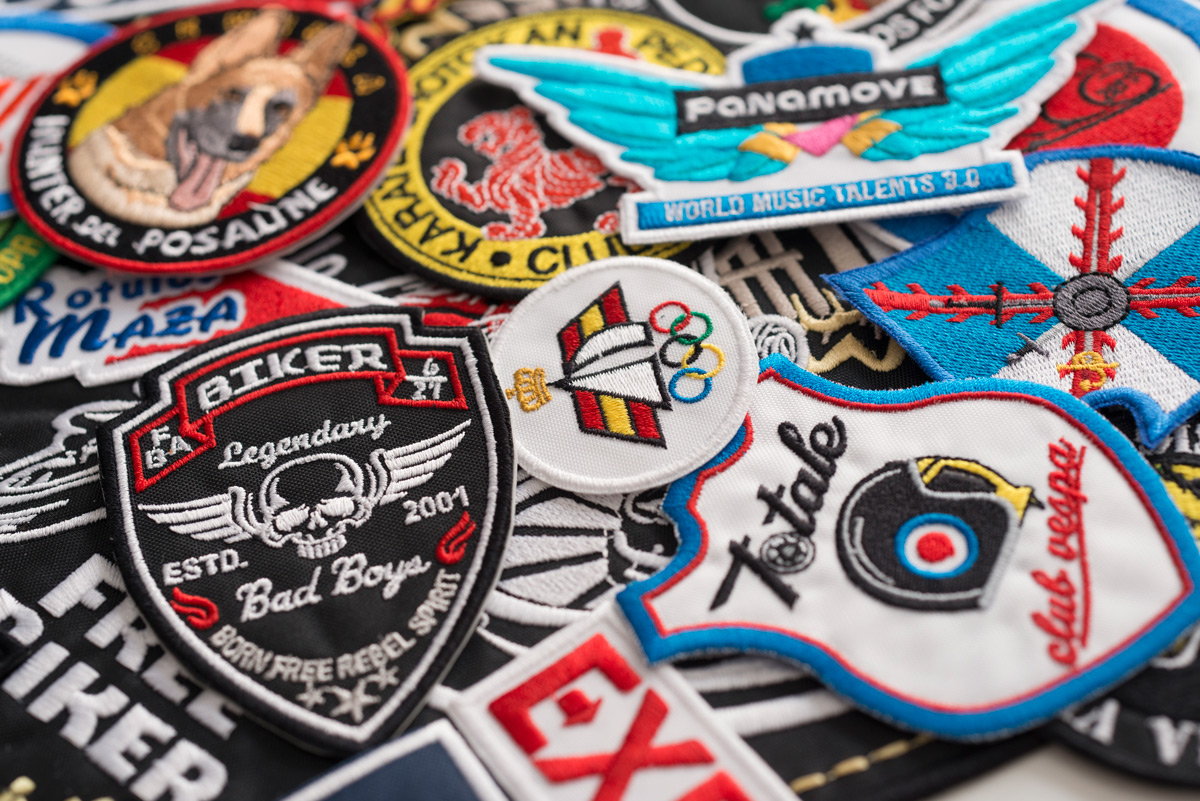 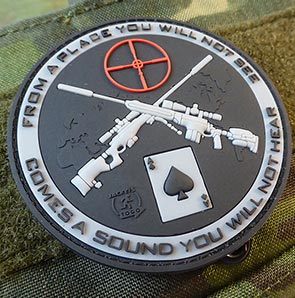 Limitations In Designing A PVC Patch